The KS Marina font family was inspired by the Basilii Synaxarion of the 17th century, (Vatican, Vat.gr.1613) and consists of eight groups (4+4) of dropcaps. The Normal version (One and Two), the Outlined version of the glyphs (Three and Four) and the Canvas version (Five, Six, Seven and Eight) which consists of the negative glyph forms of the previous ones on a monochrome canvas painting background. The font supports –in the present– only the Greek upper case alphabet, in every possible form of accentuation (monotonic or polytonic) as well as a variety of 29 decorative ornaments in two different designs.
Due to its detailed and complex design, KS Marina apparently works best in large sizes, like dropcaps, titles etc. For technical reasons, it is best to avoid using it in small font sizes (smaller than 24 pts). 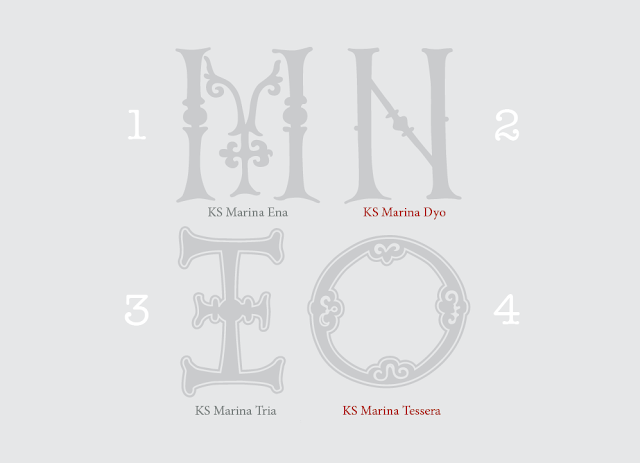 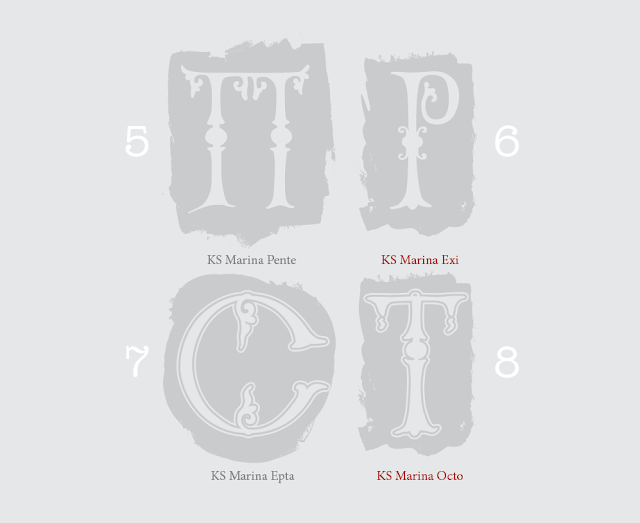 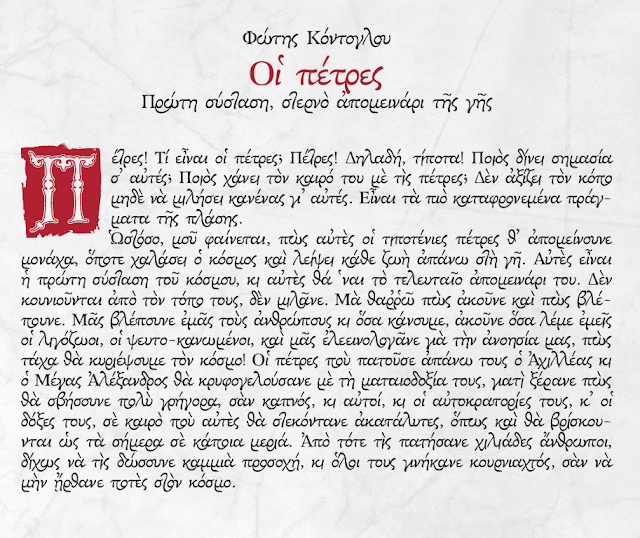 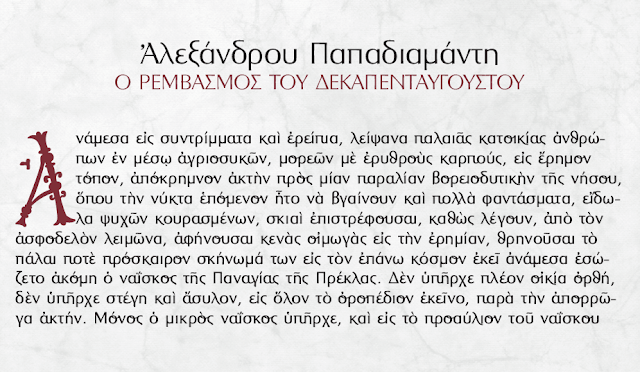 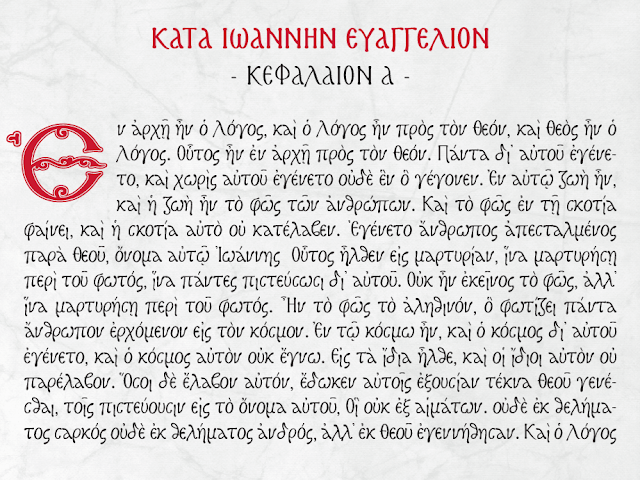 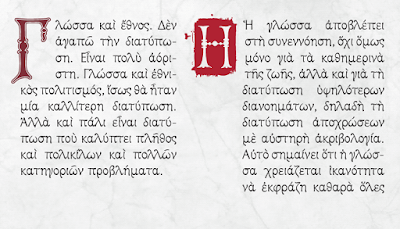